Really lovely article in The Scotsman about Scottish art deco gems. This is a former tyre factory near Glasgow, but check out the pics of the beautiful cafe in Largs and the sea pool in Macduff

I saw this lot last night doing their stuff at Louis Eliott’s Borderline gig. I have to say they were amazing. Book them for your summer event!!! More on the MySpace page http://www.myspace.com/thebellesoflondoncity

Unbelievable traffic over at whoateallthepies.tv and anorak.co.uk, which between them yesterday scored over a quarter of a million page impressions in one day. Pies traffic is going through the roof in the run up to the World Cup and between them the sites could reach 1.5million unique users in June (the May figure was around 1.2 million).

Anorak Publishing has come a long way since January 2009 when it scored around 200k uniques and less than 400k page impressions.

Oh, and here’s a barking vid of a mascot being stretchered off – only in Japan… 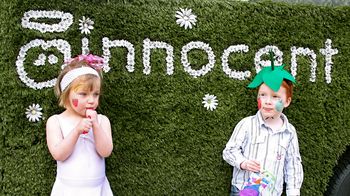 I have always been a big fan of Innocent smoothies. You have to admire them for the way they worked to get smoothies into supermarkets, saw off the opposition (anyone remember PJs smoothies?) and then branched out into other cool, healthy stuff, like their veggie meal range.

So it was fascinating to go behind the scenes at Innocent Towers for a mummy (and daddy) blogger event the other week. My three year old Astrid loved it. She made her very own smoothie, got her face painted with Strawberries and got on very well with the company’s pet chicken – check out the pics on the Innocent blog http://innocentdrinks.typepad.com/innocent_drinks/2010/05/the-kids-are-alrigh…

I also liked the way that the company seems keen to engage with its consumers. It has one of the best corporate blogs in the UK and also seems very responsive to its customer’s requests. For example I asked why it ws that the company had put fish paste in its otherwise vegetarian Thai curry to be told that due to moaning veggies like myself it had now removed it from the list of ingredients.

The morning event, which I shared with around 30 or so other parent bloggers, was really great fun and here’s hoping that Innocent repeat it soon and give more bloggers the chance to see how they work.

Listening to David Cameron today reminded me of George Orwell’s 1984 book. The theory runs like this

Every society needs an apocalypse to keep its citizens in check (as it did in 1984). For years we had The Cold War, more recently we have had Islamic fanaticism and now we have worldwide economic melt down.

Basically polticians use scare tactics to keep its citizens complicit and push through ideologically driven changes.

Listening to Cameron today reminds me very much of Blair and the arguments for the Iraq war. Unless we back the Americans (and we know best about this because we know the full picture and you don’t) then we’ll have London nuked etc and we’ll all die.

So if we don’t massively cut our public spending (and we know best about this because we know the full picture and you don’t) then the country will be in economic melt down etc and we’ll all die.

I didn’t believe Blair and I certainly don’t believe Cameron. Both massively over exaggerated issues to scare the public to give them carte blanche into making decisions that are completely driven by ideology.

Yep, even die-hard Labour followers agree that there has to be cut backs to reduce national debt. However the Tories inevitably want a much smaller state with big parts of what it does now siphoned off to their mates in the private sector – and that is driving the cuts and keeping back bench Tories quiet (for now anyhow).

I remember Ken Clarke in the 90s. Sure he balanced the books, but education, health, life in general was pretty shitty. Britain was a toilet. It is easy to balance books if you are not spending money on public services. For all its faults at least the Labour party massively improved education and health.

There are lots of healthy signs for the economy at the moment. There is also evidence that the deficit isn’t as bad as we are being told. http://blogs.telegraph.co.uk/finance/edmundconway/100006055/cameron-is-wrong-…

By trying to scare people we will see the stock markets take a knock (check), fragile consumer confidence collapse (check) and the economy slide into recesssion.

Sure we need to make cuts, but I think once again the public is being lied to for ideological reasons. 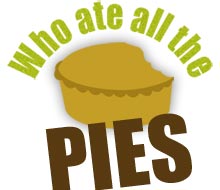 As you know all too well the World Cup is a few days away now. Ollie, the esteemed Editor of Pies, is jetting out for a few days to cover the games for Pies and he needs a tech sponsor

You give him a notebook on which to write his sparkling copy and each time he writes from South Africa he’ll give you a plug and say how much he is enjoying using your laptop.

Pies has over 600,000 readers a month and for the World Cup it will probably end up being closer to a million.